Two Tips for Moving Out of State 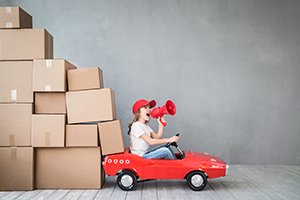 Moving out of state should be a straightforward process, but there are a few things to be aware of before the move.

The decision to move out of state can be a big one, with the potential for unpleasant surprises and high costs. But by following the below tips, you can make the process uneventful, or at least as smooth as possible.

When it comes to the regulation of what an individual can possess or own, most laws are going to be the same, no matter what state you’re in. Prescription drugs are a good example. But other items, such as alcohol and firearms, may be subject to different rules and regulations depending on the state or municipality.

In some states, owning a pistol is legal, but only after registering it with the proper government agency or department. In others, a pistol has the same laws applied to it as any other legal firearms under federal law.

Then there are transportation rules. Using firearms as an example, some states have rules on how an individual can carry or store a gun in a car. What might be legal in one state might be illegal in another. Should someone moving get stopped by police while improperly transporting a gun, serious legal problems could exist.

Any move requires planning. The earlier you can plan the move, the more smoothly it can go. By thinking about what needs moving and how it can get to its new destination, any potential problems might be avoidable or at least reduced in their significance.

Planning ahead also makes it easier to budget for the cost of the move. That means creating a moving cash fund ahead of time to avoid unexpected bills or the buildup of unnecessary debt.

Choosing to move out of state can be an exciting and stressful time, given the amount of planning involved. Using a moving company, such as Nilson Van and Storage, can make the move much easier. Get in touch with our team to get the help you need.

<< BACK
About Nilson
Van Mayflower