How Much Does a Military Move Cost? 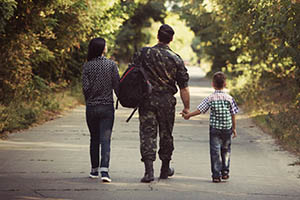 Figuring out how much a military move will cost depends on many variables.

Calculating the cost of a military move can depend on many things. However, one of the first things to consider is who is actually paying for the move.

The upfront cost of a PPM will depend on the typical variables of any move, such as the number of items that need moving and the distance of the move. Additional services can also add to the cost of the move.

Other Factors to Consider

If using a private moving company to help with the move, the total cost can depend on the services purchased. For example, if you have professional movers and packers to pack and carry your belongings, as well as unload and unpack them, that will add significant costs to the move. If you pack them yourself and help load the truck, you may be able to significantly reduce the cost of the move.

Other costs to consider include extra insurance, renting equipment and purchasing packing materials. You might think $3 for a box is nothing to worry about, but when you need 50 boxes, that’s $150 just for cardboard that you won’t need after the move is complete.

Figuring out the total price of a military move depends on the same type of variables as a civilian move. Even with reimbursement, service members must still consider cost because they will likely pay for the move themselves up front, then receive reimbursement later. If you want to learn more about military moves, contact our team of experts at Nilson Van and Storage today.

<< BACK
About Nilson
Van Mayflower